The Local Offer Development Group recognise that speaking to parents, carers, children and young people, schools and colleges, health and social care professionals and voluntary sector colleagues, is the best way to ensure that the Local Offer is an excellent resource. Engagement has been embedded in practices and means that ongoing development will ensure that the Local Offer is adapting to the changing needs of children, young people, parents and carers.
Over the last 18 months we have gathered feedback from a range of people and a summary of views so far has been collated.
Click Here to see feedback that we have received, and our response to it. 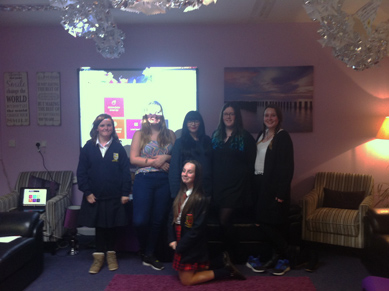 We received some fantastic feedback from the young women’s group at WEB. The girls in this group range from age 14-18 and so the transition area of the Local Offer was particularly relevant to them.

Overall the group told us that:

Based on this we are:

A big thank you to all the girls at WEB for your time, effort and well thought-out feedback!

A focus testing session took place with a group of young people with additional needs from Wirral Metropolitan College on Wednesday 11th November. It was a lively session which captured some excellent points.
The students particularly wanted to see some images and pictures on the site and also asked for a video explaining what the Local Offer is and how to use it.
The young people’s full report will be uploaded to the site soon. Many thanks to Wirral Metropolitan College and the young people for their time and support.

Who Cares? Is a Parents & Carers group who were happy to give some feedback on the new site. The group said that many of them also access the Allsorts Parents/Carers group, so information would be shared/collected through this source also.
The group explained that they would like to contribute to the on-going development of the Local Offer but due to high demand on their time they need a way of doing this that is easy as possible. A range of suggestions were made and these will be presented at the next Local Offer Development meeting for a decision on moving forward.

Community Action Wirral staff attended Meadowside School’s open day to introduce the Local Offer. After a tour of the school and a warm hello from the pupils, it was decided that a workshop for parents and carers would be the best way of gathering feedback and promoting the Local Offer all at once. This is now being developed and will be delivered early in the New Year.
It was suggested that something delivered by a young people such as the Youth Voice Theatre would be the best way of engaging those pupils coming up to transition who would benefit from using the Local Offer.

An informative transition event at the Welcome Centre was attended. During this event, parents and carers were shown the changes that had been made based on feedback from the old site. The comments were that the new site is much more user friendly and easier to navigate.
It was highlighted at this event that more information on Transition needs to be available on the site. The social worker present agreed to provide some information for the Local Offer on the information that he shared at the meeting in relation to transition. The Community Action Wirral team have been invited back in January.

Some of the families at Orrets Meadow School felt they would like to look at the Local Offer together with their child at home and see how user friendly it was. Taking the time to look in-depth at the content and relaying how useful this is to the whole family will really help to shape Wirral’s Local Offer in a way that is most beneficial to families.
Feedback will be published shortly.

Some other Organisations and Groups that have been engaged

Many areas of the new site have already been improved based on the feedback received to date but there are further improvements planned from the most recent feedback, these include:

This website uses cookies to improve your experience while you navigate through the website. Out of these, the cookies that are categorized as necessary are stored on your browser as they are essential for the working of basic functionalities of the website. We also use third-party cookies that help us analyze and understand how you use this website. These cookies will be stored in your browser only with your consent. You also have the option to opt-out of these cookies. But opting out of some of these cookies may affect your browsing experience.
Necessary Always Enabled
Necessary cookies are absolutely essential for the website to function properly. This category only includes cookies that ensures basic functionalities and security features of the website. These cookies do not store any personal information.
Non-necessary
Any cookies that may not be particularly necessary for the website to function and is used specifically to collect user personal data via analytics, ads, other embedded contents are termed as non-necessary cookies. It is mandatory to procure user consent prior to running these cookies on your website.
SAVE & ACCEPT